At a glance for this week >  a discussion on selling office commissions + “400 lengths” +  a tacos & tequila tally and a little “hawk talk”. Let’s recap this week and prep for next…cheers to a weekend chaulked full of productive  work + summer play ahead, here to help – the ultimate goal.

We did an analysis of over 35,000 closed sales in King, Snohomish and Pierce Counties to see if the S.O.C. had any impact on a home’s selling price and on the time on market. For this project we looked at closed sales for all of 2015 but we only looked at residential resale under $1,000,000. We did not include new construction, short sales, bank owned properties, land or mobile homes. Here is what we found.

83% of the sellers chose to offer a 3% selling office commission. On average those homes sold at 99.7% of asking price. Those homes also sold on average in 35 days.

15% of the sellers chose to offer a lower selling office commission of 2.5%. On average those homes sold at 97.7% of asking price. Those homes also sold on average in 54 days.

So those sellers who chose to offer a lower selling office commission sold for 2% less and took over 50% longer to sell!

Their supposed savings of .5% ended up costing them 4 times more than what they thought they would save.

What future “gold medals” have you already won? This research and storytelling brought to us by Eric Thompson, Windermere Services – Colorado…thank you Eric! 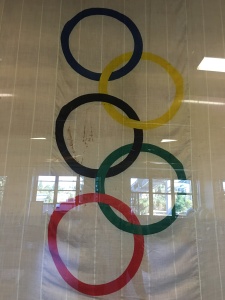 Every four years I become enthralled by the Olympics. I love watching elite athletes compete at the highest level. I love the leadership and sportsmanship lessons that are on display. I love watching people excel and have their dreams come true.

The last weeks of watching the Summer Games has me thinking about this question:

When is the gold medal won?

Is it won when the swimmer touches the wall first, the runner crosses the line first, or the gymnast earns the perfect score?

Or is there more to it than that?

The answer came to me when I researched the American swimmers I cheered so loudly for in front of my T.V. Take Katie Ledecky for instance. I discovered that she sat down with her coach three years ago and mapped out her three key goals for these 2016 Olympics and her game plan to make those come true.

Then she started her training program that included swimming 70,000 yards a week. That’s 10,000 per day. That’s 400 lengths of a traditional 25-yard pool every day.

Or how about Ryan Murphy, the backstroker that set a World-Record last week? You may have seen images of the book he wrote to his mom when he was 6 years old telling her that one day he would be a world-record setting Olympic Champion.

Murphy and Ledecky won their 2016 Gold Medals a long time ago. Their success was inevitable. They decided to win and made the massive commitment it took to win.

It begs the question. What future gold medals have you already won? What are you already doing today that makes your success inevitable? –  Eric Thompson, Windermere Services Colorado

That’s a wrap for this week, looking forward to next – here to help. And hey, what future “gold medals” have you already won? Really fun to think about.

…and if you’ve been to Century Link to cheer on the Seahawks in their pre-season, you’ve seen we are very well represented! I’m IN > our #tacklehomelessness campaign…